Intoxicating. High. Confusing. Nepal is a history lesson with adventures.

From the green jungle to the snow-capped mountains, from Mount Everest to the ancient and intoxicating Kathmandu, Nepal is a place of dreams and the epitome of adventurous Asian travel. The capital of the Himalayan Valley offers incredible cultural and artistic heritage, from the cool temples to the glowing courtyards.

Explore the rich ecosystems of the deep-lying forests, savannas, meadows and wetlands of the Terai Valley, home to a variety of wildlife. Head into the Inner Terai of Chitwan National Park, one of the last havens of the endangered Indian rhinoceros. Board a helicopter over the Himalayas and alight for lunch with views of Mount Everest with the abbot of Tengboche Monastery. Land at the legendary Everest Base Camp.

Enjoy a traditional celebration with a local Nepalese community. Join traditional nomads on a yak caravan on the ancient Silk Road and meet locals in remote villages to learn more about the secrets and myths surrounding the Yeti. Let yourself be pampered in the most beautiful spa lodges or in the luxury tent with oxygen and hyperbaric chamber. Enjoy the tranquility of a secluded monastery or a luxuriously appointed monk’s cave. Nepal & Mustang luxury travel – wild and casual. Experience unforgettable moments active and enjoyable. Travel like the travel pioneer Julia Malchow.

Nepal’s cultural capital, Bhaktapur, has a unique treasure: Durbar Square. This square presents a wealth of temples and palaces you would not have thought possible. If these imposing works of art could speak, you would tell unique stories from the early 18th century. But to emphasize its beauty and history, they need not speak, for the sight of them is enough to dive deep into the royal history of the extraordinary country of Nepal – a unique experience!

In the south of Nepal, on the border with India extends over 932 km2 the country’s first national park: the Chitwan National Park. Here you will experience a clear and at the same time fascinating contrast to the snow-covered mountains and the narrow valleys. Admire the Bengal tiger, rare rhinos and countless species of birds in this shelter! On the back of an elephant you will also ride through overgrown paths, preserved insights into the unique wildlife and experience Nepal from a surprising side.

On Nepali, this imposing massif Sagarmatha – “the forehead of the sky – called. And rightly so. It can be found in the list of 14 eight-thousanders and the Seven Summits, separates Nepal from Tibet and is as close to heaven as anything else on this planet. We are talking about the legendary Mount Everest. The sharp edges, the white-shimmering snow, the stolen blue sky and the fearsome size of the mountain – this magnificent image will be remembered and create a unique memory that you will not forget for sure!

In a small place, not far from Kathmandu, you will experience Nepal’s rural charm like nowhere else. The romantic village of Nuwakot Bazaar houses – high on a green rice terrace – a fairytale farm. Spend your time here and enjoy the incomparable views of the valley and the royal square Nuwakot Durbar. The charming atmosphere, the authentic furnishings and the incomparable hospitality make this accommodation a very special retreat that you will love.

The Chapada Diamantina National Park is a green island nestled in the dry Sertão (hinterland) in the heart of the state of Bahia. The green landscape is the result of the high mountains of the Sincorá chain, which intercept the rains coming from the Atlantic coast coming clouds. The result is countless cascades and waterfalls… 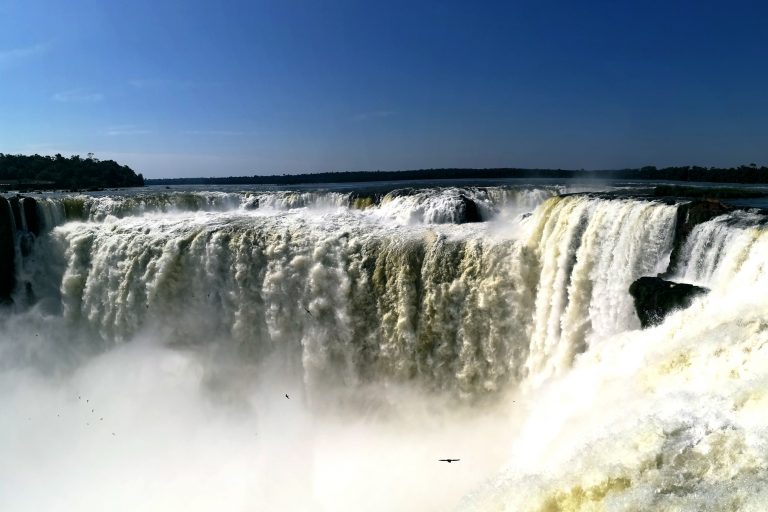 You may have visited the Niagara or Victoria Falls, but Iguazu Falls is a life-changing experience. Here you can feel the power of nature. The amazing 275 waterfalls are considered to be the most important in the world and are one of the new seven natural wonders of the world. The national park is located… 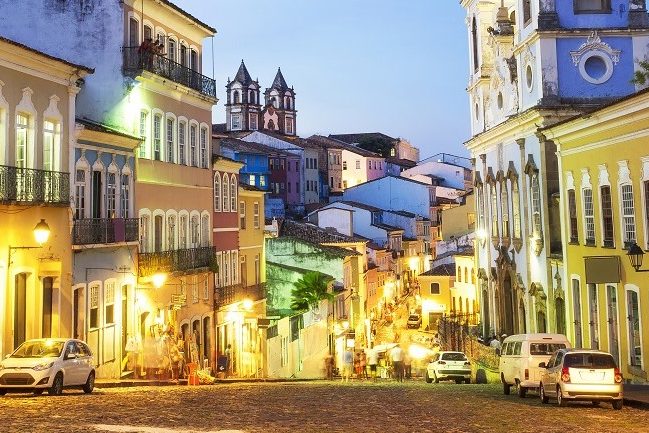 Salvador was Brazil’s first capital and the most African of all Brazilian cities. Explore the historic center of Pelourinho with its cobbled streets and typical UNESCO World Heritage listed houses. On the streets you will meet Baianas with their white dresses, who prepare and sell the appetizing “Acarajé”. Another important expression of African heritage is…

Traveling to the Amazon is a remarkable encounter with nature and a perfect place to break away from everyday life. It represents more than half of the remaining rainforests on earth. Here guests are swamped by the jungle, but with the comfort of unique accommodation in luxurious jungle lodges or the opportunity to enjoy beautiful… 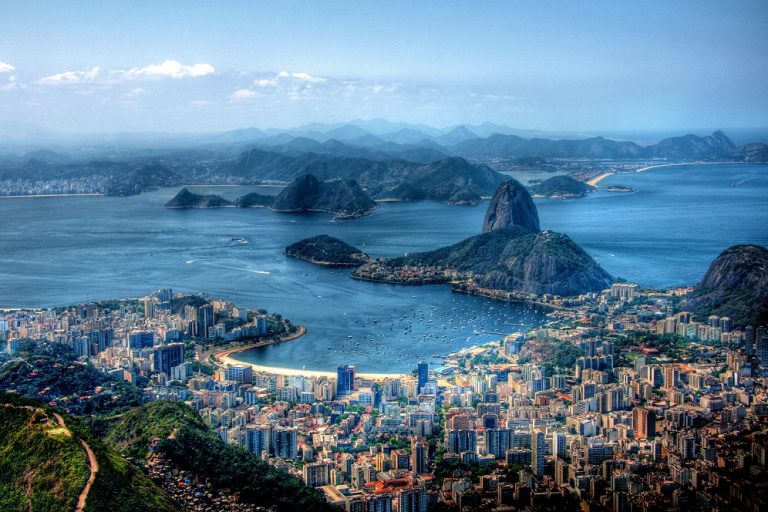 Luxury Travel Brazil. Brazil – wild and casual. Experience unforgettable moments. Barefoot luxury, active and relaxed. Travel like Dr. Julia Malchow. Rio de Janeiro is an iconic destination, famous for its carnival, world-famous attractions such as the Sugar Loaf, the Corcovado Mountains, as well as the Copacabana and Ipanema beaches. The Rio we want to…

A lodge in the style of the 50s, which leaves nothing to be desired

It’s undeniable that Helena, the owner, is an incredibly talented interior designer. She has designed all rooms herself and all artworks are by local artists … 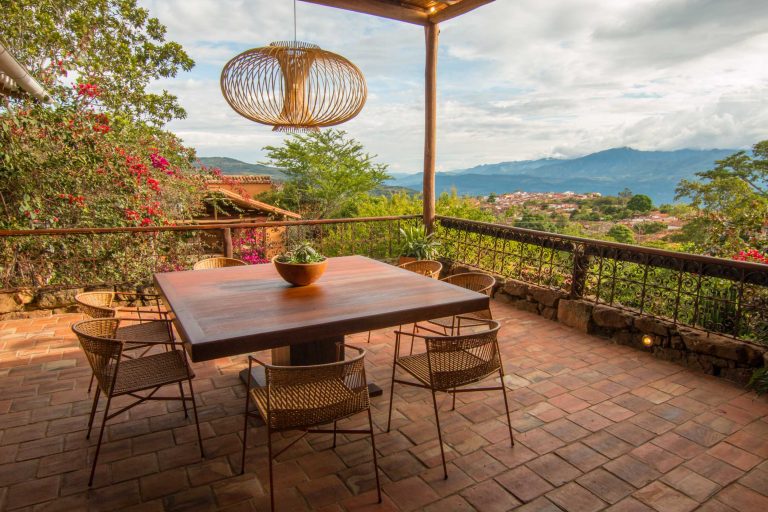 Private Villa in Barichara – a city full of stories and legends

This historic mansion was home to the late Colombian president Belisario Betancur, one of the key contributors to Barichara’s architectural and cultural preservation. 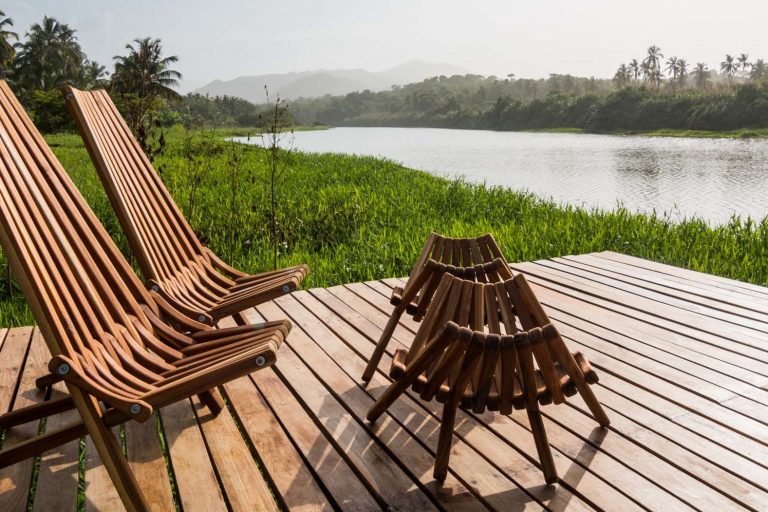 Private villa in the highest coastal mountains in the world

This private villa is located on a hill next to the Tayrona National Reserve and offers unrivaled privileged views of the ocean, the river, the jungle and 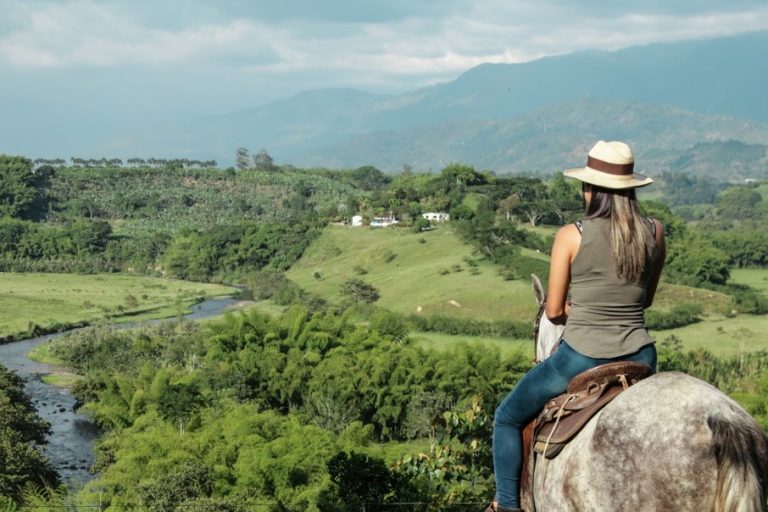 A loving hacienda tucked between huge mountains of the central Andes

Within an unexplored land is this hidden gem, an unexpected paradise. In a huge hacienda hides a house made of bamboo and clay …

An ecological retreat with luxurious lodges and exceptional amenities

The weather in Nepal can vary greatly due to the different altitudes. The best travel time with the most amazing view of the Himalayas are the months September / November. Good weather conditions are also available from February to April. In December / January, the sky is crystal clear, but it can be very cold. The remaining months of the year are quite uncomfortable due to the monsoon.

Nepal has around 30 different languages ​​and dialects. Official language is Nepali, a modified Hindi in the Deva Nagari script, the Sanskrit ajar. Nepali, however, is only the mother tongue for about 40 percent of the total population, about 55 percent can speak Nepali. Four percent speak Newari, the rest the different dialects. As a tourist you can get along well in Kathmandu and Pokhara with English.

The classic is “Dhal Bhat”: curried vegetables with lentil sauce and rice. The Nepalese food has influences from the Indian as well as Chinese kitchen and is very varied. In larger cities, Western food is also available. There are teahouses on every corner – there are also soft drinks like coke and water.