Cruise through the jungles of Borneo on your private houseboat spotting orangutans. Explore the underwater world on a breathtaking dive. Watch the sunrise on Borobudur and Java.

Encounter a Komodo dragon as you sail through Komodo National Park, relax on the volcanic sands of Lombok and explore the pristine landscapes of Sumba. Stay in world-class tropical villas, on private traditional Phinisi sailing yachts or go glamping on a deserted island Robinson Crusoe style.

Indonesia is a chain of 17,000 islands stretching a wide stretch between the Indian Ocean and the Pacific. The paradise islands of Asia are known for their ivory beaches guarded by Komodo dragons.

Gallop graceful Indonesian horses along volcanic sandy beaches and find a secluded spot serving a beachside dinner specially prepared for you by a private chef.

Enjoy a traditional Kecak fire dance and performance at an 11th-century temple. Discover Bali's varied landscapes by setting off in a relaxed manner by bicycle or e-bike. Explore a national park on elephant back, then raft down rapids.

Immerse yourself in a cool, dark temple to learn about Indonesia's religious and cultural history. Enjoy shopping and fine dining and nightlife in Seminyak and Bali. Watch the sunrise on Borobudur and Java.

Barefoot luxury at its best

With your feet in the sand and at your own pace, you can enjoy the highest quality and a very special kind of luxury in the Beach Boutique Lodges on Bawah or Sumba Island.

Barefoot luxury at its finest, as if it were invented here in Indonesia.

The ideal end to your trip through Indonesia, or a trip in itself...

Private open air cinema - in the deluxe version and off the beaten path in Indonesia.

Indonesia is made up of thousands of islands - it's not difficult to find a secluded beach for your very own picnic as a couple or as a family. Can you already feel the sand between your toes?

Can you hear the waves lapping? Sip your glass of wine, sit back and enjoy this moment of utter seclusion. 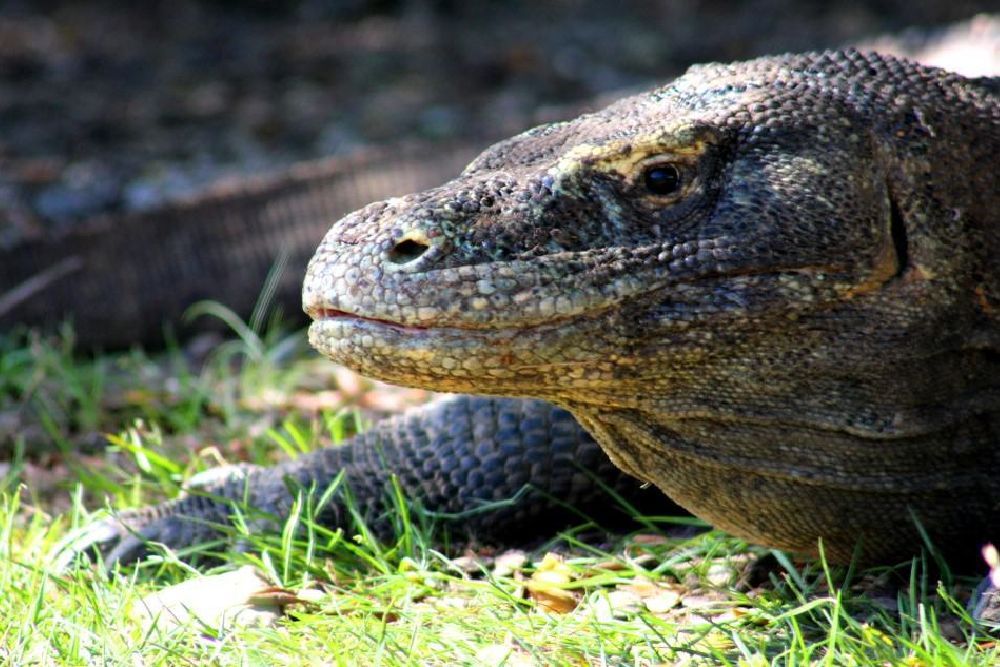 Jurassic Park live - experience the last living dinosaurs of our planet up close on Komodo and Rinca.

The largest lizards in the world can grow up to 3 meters long and weigh 80 kg. There are only around 2500 specimens left and it is a unique experience to observe these impressive reptiles in their natural environment.

In the middle of the beautiful island world of Komodo and Rinca, you and your private guide will go on a search. 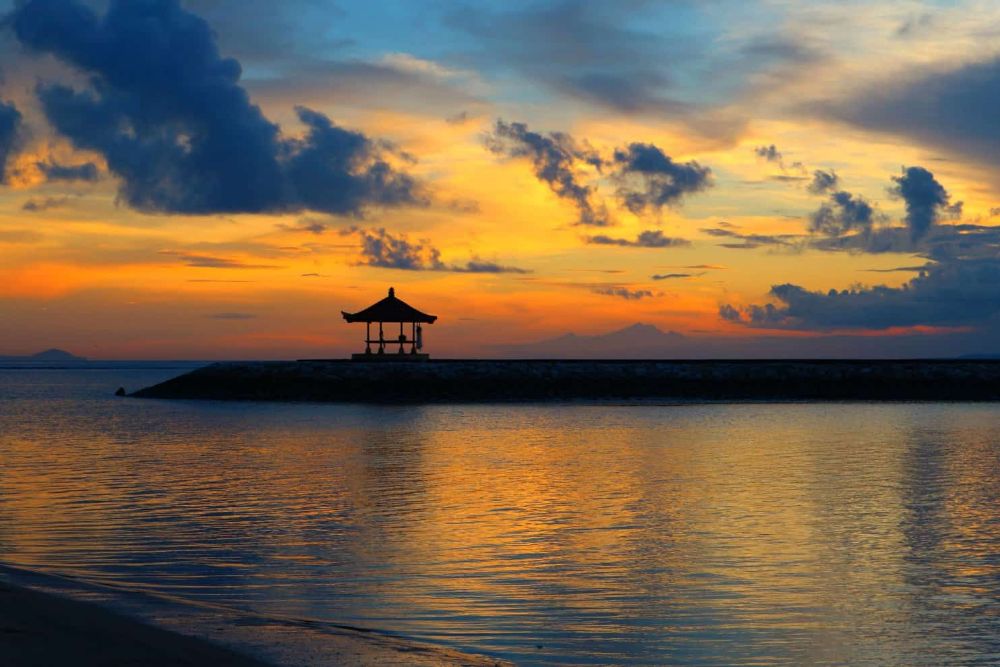 Sail the calm waters along white Jimbaran Beach in your Dedari – a fiberglass speedboat inspired by local fishermen's boats.

You'll follow the impressive coastline of Bali's Bukit Peninsula to the southernmost tip of the island, relaxing and enjoying the spectacular views of the impressive Uluwatu cliffs. Arrive at Uluwatu Temple high on the cliffs, considered one of the most important temples in Bali.

Join the captain for a traditional Balinese blessing ceremony by releasing a floating canang sari from the temple's cliffside to the ocean.

Dive into the refreshing waters before slowly making your way back as the sun sets spectacularly over Jimbaran Bay.

Cross a river and enter a forest of sago palms, used for centuries by the indigenous people of Lombok to extract the 'tuak', the trees' sap, and turn it into brown sugar.

Deeper in the forest are many jackfruit trees, durian trees, cocoa, bananas, pineapples and many other seasonal fruits. Explore Tibu Ijo, a deep river well formed by a small waterfall.

Under the waterfall you will discover many smaller ponds that invite you to take a refreshing swim after the trek.

During a coffee or tea break, enjoy one of the most popular Indonesian snacks, the “pisang goreng” – fried banana pancakes.

Jogjakarta - the first thoughts that often come to mind when thinking of this lively city are impressive temples, world-class batik fabrics, the Sultan family, palaces, classical dances - or the mighty Merapi volcano.

The city also offers a different, colorful and bizarre face at night, a noisy spectacle with flashy pedal cars that differs from other Indonesian cities. Stroll along Jalan Malioboro, with shops full of art, literature and curiosities, street restaurants with local delicacies, as well as street artists, buskers and painters.

Experience a colorful and extravagant cabaret show that is a stark contrast to the traditional ballet or shadow puppet performances that the city is usually famous for.

At eye level with the orangutans

Meet our closest relatives, the orangutans in Borneo at eye level in their natural environment.

With a houseboat as your home base, you can penetrate deep into the national park in a sustainable and calm manner, giving you the opportunity to get very close to these fascinating primates and other forest creatures such as leopards.

Unforgettable and educational at the same time.

The largest Buddhist temple complex in the world combined with mystical landscapes and fantastic action:

Biking, hiking, rafting. Stimulus for all the senses and a guarantee for exciting conversations.

Glamping on an uninhabited island

Are you a merman?

Then go on a fantastic water safari – hop from island to island in dreamlike archipelagos with your private boat and captain and enjoy a night of open-air glamping on an uninhabited island.

Just you, the fire and the stars.

Enjoy remote nature and world-class sporting conditions and share it with just a few who know.

For some areas, such as Kalimantan (Indonesian Borneo) and Bali, the difference between the dry and wet seasons is minimal, with the dry season (April to September) being just a bit hotter and slightly drier than the "rainy season" (October to March). .

The rain is falling just as fast as it's brewing, so after the rain you can look forward to clear, blue skies and lots of sunshine again. For this reason, the rainy season is also a good time to travel to these parts of Indonesia. Therefore, the best time to visit Bali and Kalimantan is actually December and January.

The higher water levels during this time of year improve the accessibility of rivers and streams.

The best time to visit Lombok, Flores and Gili Islands is August and September. Although a little further east of Bali, these areas experience more distinct seasons. During the rainy season (November to February), the rain comes in sudden tropical downpours. But it also happens that it rains for days.

The wet season can lead to a number of less than pleasant travel situations: closed ferries and closed roads could prevent you from visiting areas you like to see, and famous sights like volcanoes can be closed to climbing. Some national parks, such as Mount Rinjani National Park on Lombok Island, are closed during the rainy season.

These islands are close to each other, but the duration of the dry and rainy seasons varies from island to island. A good rule of thumb is that the closer the island is to Australia, the longer the dry season.

The best time to travel to Sumatra and Java is between May and September. The rainy season in Sumatra and Java begins in November and lasts until March. The rains tend to come in the late afternoon so most days you can still have a nice morning.

The temperature averages around 22 to 29 grand all year round.

Indonesia spans three time zones. The western part of the island state with the capital Jakarta is 5 hours ahead of Germany in summer and 6 hours in winter.

The middle time zone in Indonesia is Central Indonesia Time. It is an hour later there than in the West Indonesia time zone. The time difference to Germany is 6 hours in summer and 7 hours in winter. Bali and Malaysia are also in this time zone.

In Indonesia's easternmost time zone, the time difference to Deutschlad is 7 hours in summer and 8 hours in winter.

240 million people with different ethnic groups live in Indonesia. Each of these groups has its own language and culture.

In the 1930s, as part of the independence movement, the Indonesian language was standardized and adopted. It is practiced by more than 23 million people and is classified as an Austronesian language.

8Although the majority of formal education and other forms of communication are conducted in Bahasa Indonesia, English is predominantly spoken by the country's natives. In total, over 725 languages are spoken in Indonesia.

Food and drink in Indonesia

Indonesia's 17,508 islands have attracted traders, pirates and adventurers from around the world throughout their history.

Located on ancient trade routes and rich in botanical resources, these remote islands have quickly become a global interest. Spices were valued not only for their taste, but also for their ability to disguise spoiled food, freshen breath, and cure health problems.

Rice, the country's staple food, dates back to 2300 BC. Ancient meals consisted of fish, fruits, and vegetables, including bananas, yams, coconut, and sugar cane.

Trade with the Chinese who ruled Indonesia around 2000 BC. started, influenced Indonesian cuisine and is still visible through the use of tea, noodles, cabbage, mustard, soybeans. The Chinese dish Nasi Goreng (fried rice) is one of the national dishes of Indonesia.

Around AD 100, curries (hot sauces), pickles, onions, mangoes and eggplants were introduced from India by traders and Hindu missionaries. Ginger, cumin, cardamom, coriander and fennel were also introduced, adding to the wide variety of spices.

Around the year 1500, Middle Eastern Muslims began incorporating goat and lamb dishes into the Indonesian diet, as well as yogurt sauces (although coconut milk is used in their place). The Portuguese were the first Europeans to heavily influence Indonesian cuisine.

They took over trade routes to and from the islands, bringing with them cassava (a tropical root crop) and sweet potatoes. Cauliflower, cabbage and turnips were brought to the islands about a century later by the powerful Dutch East India Company, which gained control of the trade routes.

Indonesia has about 250 million inhabitants and is the fourth largest country in the world. According to the latest census, the total Muslim population is about 88% of the total population, making Indonesia the largest Muslim society in the world.

The Indonesian population is made up of many ethnic groups: 45% Javanese, 14% Sudanese, 7.5% Madurese and 26% other ethnic groups.

When entering Indonesia, your passport must be valid for at least six months. A visa is not required if you are staying in the country for tourism purposes for up to 30 days.

If you stay longer in Indonesia, you must apply for a visa (also possible upon arrival). When entering the country as a tourist, a return or onward flight ticket must be presented.