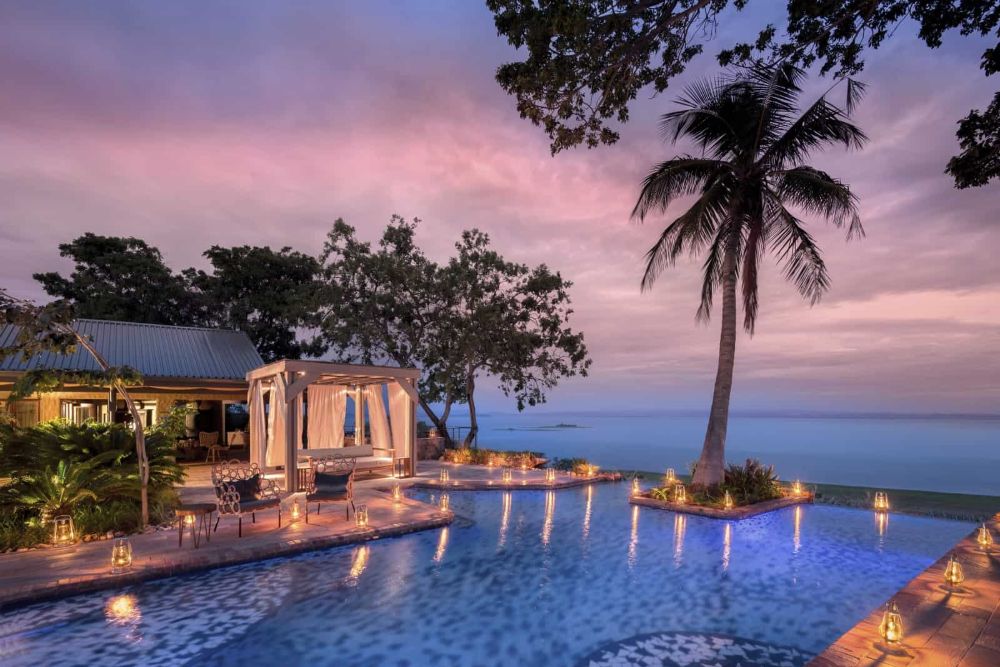 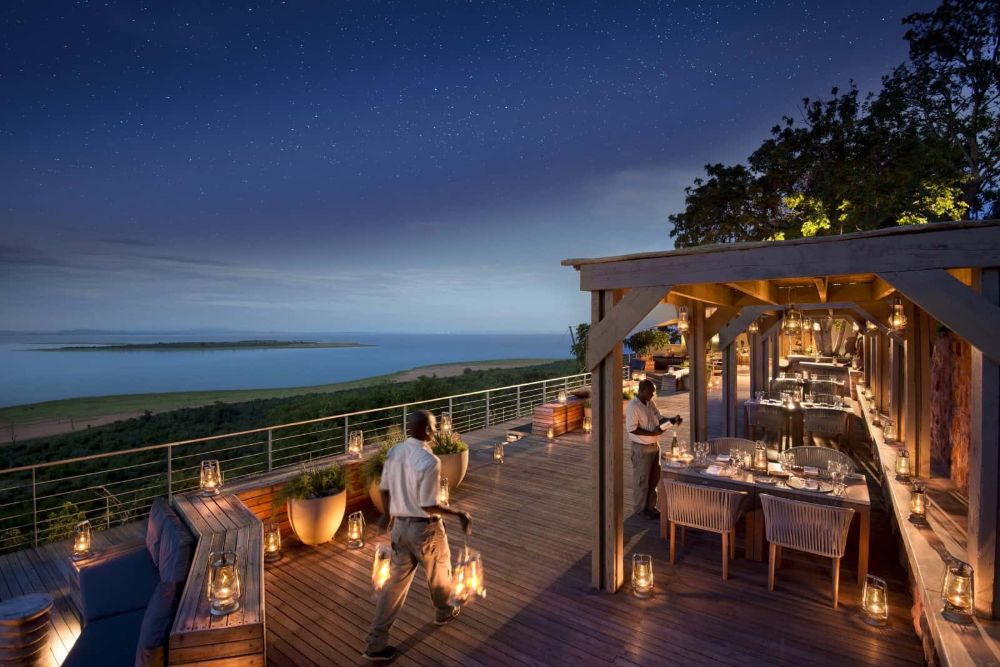 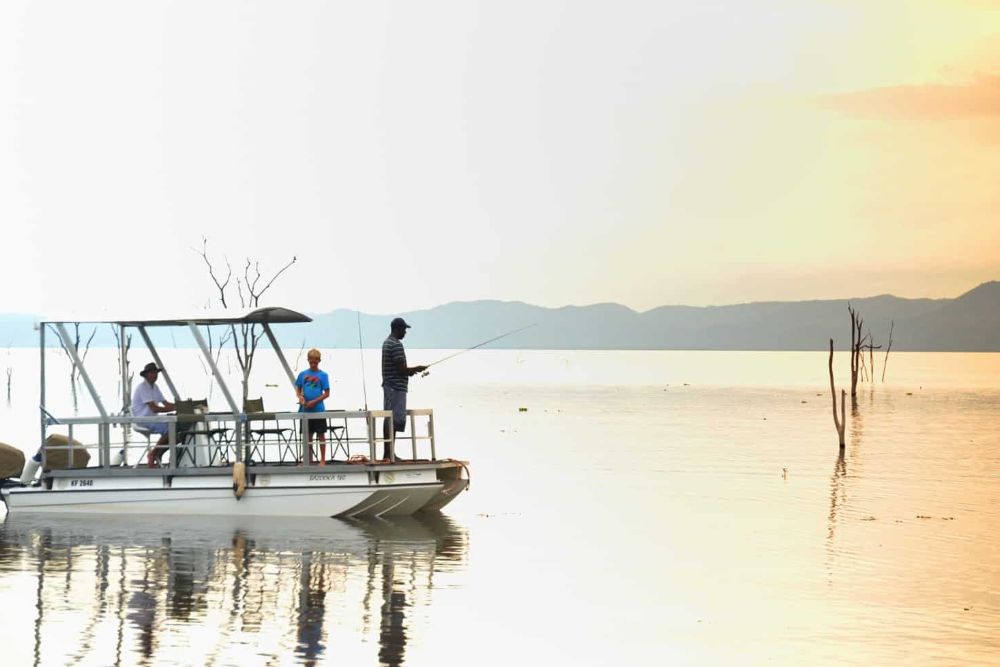 Zimbabwe Lake Karina: The dammed Lake Kariba is in the north of Zimbabwe, along the border to Zambia and has a larger volume than any other man-made lake. Matusadona National Park rises from the southern shore of the lake and is an area of approximately 135,000 hectares. It is said to have the second largest density of lions, second only to that Tanzania Ngorongoro crater.

The decision to dam the Zambezi in the Kariba Gorge was made in 1954 with the aim of creating a lake the size of Wales, whose power could be harnessed in a hydroelectric power station.

The region of today Matusadona National Park, along a large part of the southern shore of the lake, was declared a non-hunting area on November 7, 1958, about a month before the construction of the dam by Italian contractors.

The area was declared a game reserve in 1963, and in the years before that, a man led a team who made phenomenal efforts to relocate the animals that were scattered by the rising water.

We are back from our great Costa Rica vacation. Thank you for the excellent organization! Everything went smoothly. The choice of accommodation was excellent, with the Origins Lodge in particular being unique, even spectacular. The guides were also consistently competent and we were particularly impressed by Edgar, whom you specifically mentioned.
We will be happy to contact you again on one of our next vacations.

The mighty Zambezi was born as a small stream in the highlands of Zambia and Angola.

The South Zimbabwe safari experience focuses on Gonarezhou National Park and its surrounding wildlife areas such as the private Malilangwe Wildlife Reserve where Pamushana Lodge is located.

The Matopos Hills are an area of granite kopjes (granite boulders) and forested valleys in the southeast corner of Zimbabwe, near the lively African city of Bulawayo.

Dammed Lake Kariba is located in northern Zimbabwe, along the border with Zambia, and has a larger volume than any other man-made lake.

Hwange National Park covers an area of 14,650 km² and runs about 1 hour south of Victoria Falls on the border with Botswana.

The Ivory Lodge in the wooded area on the edge of the Hwange National Park offers family-friendly safari experiences and is famous for its exciting explorations of the elephant herds that often wander to the watering hole to find shelter from the scorching heat.

This exclusive, family-run safari lodge is located in the UNESCO World Heritage Site of the Matobo Hills, the oldest national park in Zimbabwe, in a former Bushman accommodation.

Linkwasha Camp is a luxurious camp in the southeast of Hwange National Park. It is right on the edge of the famous Ngamo Plains which offer fantastic views for the ultimate game viewing.

The Chikwenya Safari Lodge is located at the beautiful Mana Pools National Park in Zimbabwe, right at the confluence of the Sapi and Zambezi, where you have the opportunity to observe a variety of animal species.

Somalisa Tented Camp is located on an acacia island on the edge of an ancient, seasonal floodplain landscape and offers wonderful views and authentic bush adventures.

Ruckomechi Camp is located in a large private concession in the heart of the Mana Pools National Park in the Zambezi Valley and offers great views of the banks of the mighty Zambezi River and the mountains of the Rift Valley.

Little Makalolo is located in the heart of one of the best game viewing areas in the Hwange National Park.

Exclusive camp at the safari hotspot

Davison's Camp sits discreetly under a small forest of mopane trees and is on the private Linkwasha concession - one of the most fertile wildlife areas in Hwange National Park.
Just because it's not on our website doesn't mean we don't “have” your trip. We at unforgettable journeys plan the journey of YOUR life individually for you.
PLAN YOUR DREAM TRIP NOW
FOLLOW US!
UNFORGETTABLE JOURNEYS
Brazil travel
Colombia travel
South Africa travel
Chile travel
Portugal travel
Academy of Unforgettable Journeys
Dr Julia Malchow I
LUXURY
TRAVEL EXPERIENCES
Adventure travels
Life Changing Experiences
ExpeditionsFlow travelHoneymoonJulia Malchow Travel
NEWSLETTER
NEWSLETTER
Copyright © 2022 Unforgettable Journeys | Powered by Wonderland Media